Class War Perpetrators in the United States of America


There is a Class War occurring in the United States today.

I will identify the individuals who are waging this war and who are benefitting from it below.

Before that, a short statement on Economics and Class War will be helpful:

Class war today is waged by private individuals and corporations who interfere in markets for their private gain at the expense of everyone else.

Interference in markets which arises from private, non-governmental actions is universally condemned as monopolistic, oligopolistic and/or rent seeking behavior which harms the overall economy.

Occasionally, some ignorant individuals claim that Economic theory does justify monopolies, oligopolies and other non-competitive behavior. This claim is false. While this claim is often used to justify Class War tactics, the claim is always incorrect.

This motive is directly contradictory to the founding principles of the United States of America.

Charles Koch and David Koch organized a movement to undermine United States laws and regulations at a conference in January 2009 in California; they invited many billionaires to the conference laid out an agenda of propaganda, lobbying, bribery and support for elected officials designed to facilitate a Class War.

There you have it.

These are the most influential people who, together with their employees, contractors and sycophants, are actively subverting the United States of America today for their own personal monetary gain. 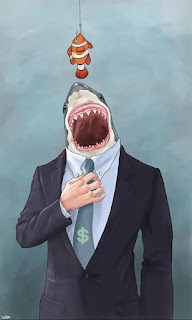