UP DATE - SEE PROPOSAL BELOW

We have available to us only a single day and a single election to preserve elective democracy and avoid sliding into tyranny or a violent coup.

If trump wins a second term, he will continue installing the mechanisms of tyranny in the United States.

But, if the democrat candidate is elected, the new President can root out the tyrannical people and procedures trump has installed.

First the new president will fire every appointment made by 45 or his appointees. Every. Single. One.

Second the new President issues a cancellation of every executive order 45 made. Every. Single. One.

All the civil servants fired by 45 or pressured to leave or who quit should be offered a chance to reclaim their old job.

Then will the slide to tyranny be prevented for a time. It falls then to the new administration to ensure that no future tyranny is possible.

HOW TO WIN THE ELECTION

Law and order can win the election but it will not be easy. It’s likely that voting patterns will follow the 2016 election in the parties. Each major candidate likely will receive around 60 million votes from their respective bases. This ensures that the election will be decided by the eligible voters who did not vote in 2016.

The winning strategy targets the non-voters and encourages them to vote. 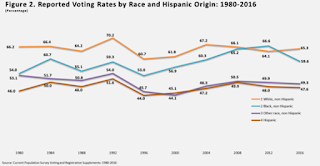 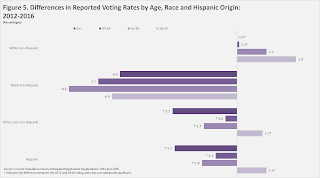 The numbers mean that 2020 ‘get out the vote’ efforts should target younger and minority populations.

Further, there are six states where 45 won the electoral numbers that had gone Democratic in 2012: Florida, Iowa, Michigan, Ohio, Pennsylvania, and Wisconsin.

IF mass rallies can't be staged, then there should be a campaign of appeals to vote which target Black and Hispanic younger voters - YOUR COUNTRY NEEDS YOU NOW - on hip-hop and Hispanic media in each of the six swing states - Florida, Iowa, Michigan, Ohio, Pennsylvania, and Wisconsin.

IF rallies can be held, then:

Create massive, bi-partisan star studded rallies/parties in September in each of the six states - Florida, Iowa, Michigan, Ohio, Pennsylvania, and Wisconsin. -  with these parameters:


1. Event is FREE, all on stage waive fees for event


2. Airport style security – there will be crazies

4. Presidents speak, mingle – Obama, Clinton, Bush, Carter, even
45 himself can be invited

Posted by Mike P. McKeever Institute of Economic Policy Analysis (MIEPA) at 5:48 AM